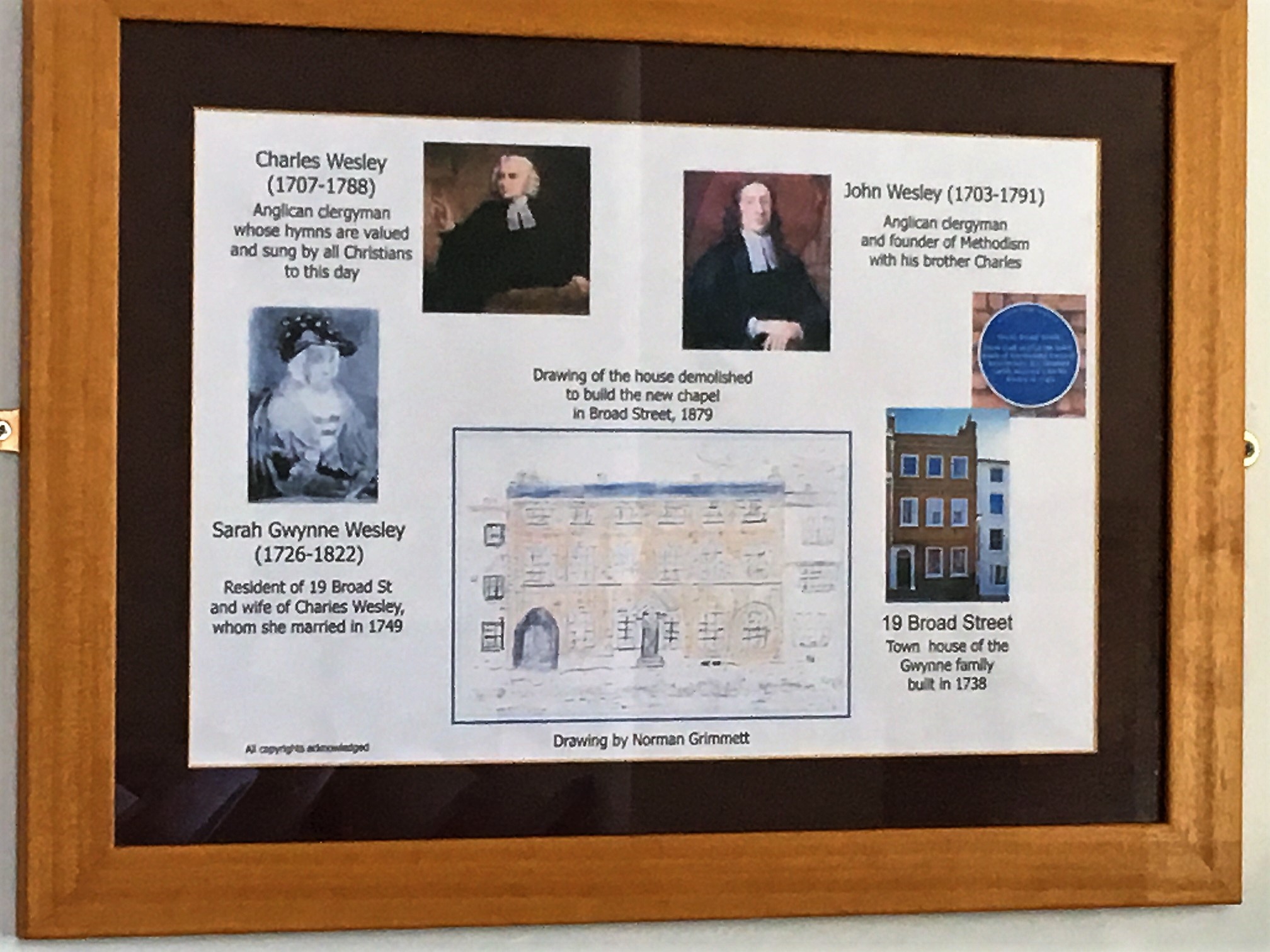 History of Ludlow Methodist Church
During two hundred years of Methodism in Ludlow there have been two Primitive Methodist Chapels on one site, with two further chapels in the New Road area, plus two Wesleyan Chapels. Of those six buildings, all of which still exist, only Broad Street remains as a place of worship. When Broad Street chapel was built in 1879 it replaced a large house which had originally belonged to the Salwey family. Prior to this it was the Crown Inn which, in 1832, was graced by a visit from the young Princess Victoria.

In 1893 it was decided that all debts should be paid and the chapel renovated within two years. Both these aims were achieved. The changes made at the time created the chapel furnishings that lasted until 2005 when the renovations and improvements were carried out. Further work was done in 2015/16 to provide the modern premises we enjoy today.

On the ground floor, the worship area, which seats about 120, can be clearly seen through the folding glass screen at the back of Wesley’s. There is a dais with removable communion rails. Over all is a large cross made by a local craftsman. A comprehensive modern AV system was recently installed. At the rear of the chapel a porch leads into further rooms. On the ground floor there is a room which has its own galley kitchen. There are two accessible toilets and a lift serving all levels. Upstairs there are two rooms, divided by a sliding partition, the smaller of which has its own kitchen facilities.

Ludlow Methodists have a particular fondness for Charles Wesley. Methodism ‘was born in song’ and Charles was its most prolific hymn writer. In 1749 Charles married Sarah Gwynne whose family came from Garth in Breaconshire. After the wedding her father Marmaduke took a house in Broad Street, Ludlow just across the road from our church before returning to Garth two years later. From the appropriately named Wesley’s café you can see the blue plaque which commemorates Charles Wesley’s connection with Broad Street. 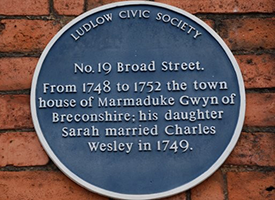